If you’ve opened up social media this week, you’re likely to have seen a slew of new Vogue “covers.” They might feature your neighbor, co-worker, or the art student next door. The DIY front pages stem from the #VogueChallenge, a viral endeavor that reimagines what the glossies they mimic could be. The content offers a peek at photographers on the rise, aspiring models, and anyone willing to open up Photoshop and have a little fun. The faux-covers envision Vogues from countries yet to have an imprint, a range of cover subjects more diverse than anything fashion has attempted thus far, and a wealth of painting and illustration. While this isn’t the first time people have taken it upon themselves to create their versions of existing magazines—the early aughts saw similar undertakings on online forums like The Fashion Spot and Livejournal communities—this specifically highlights creators who were historically excluded from the conversation. 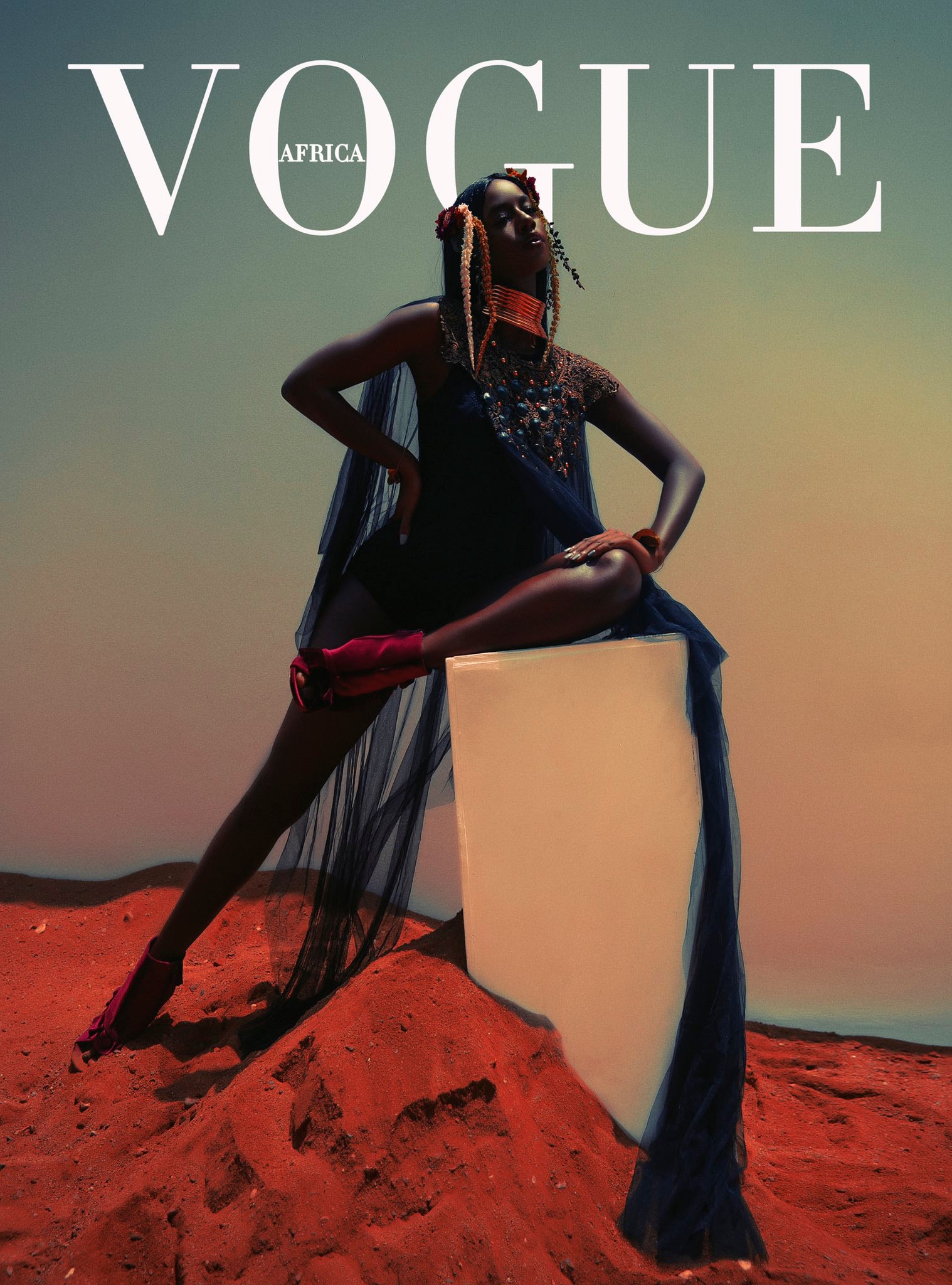 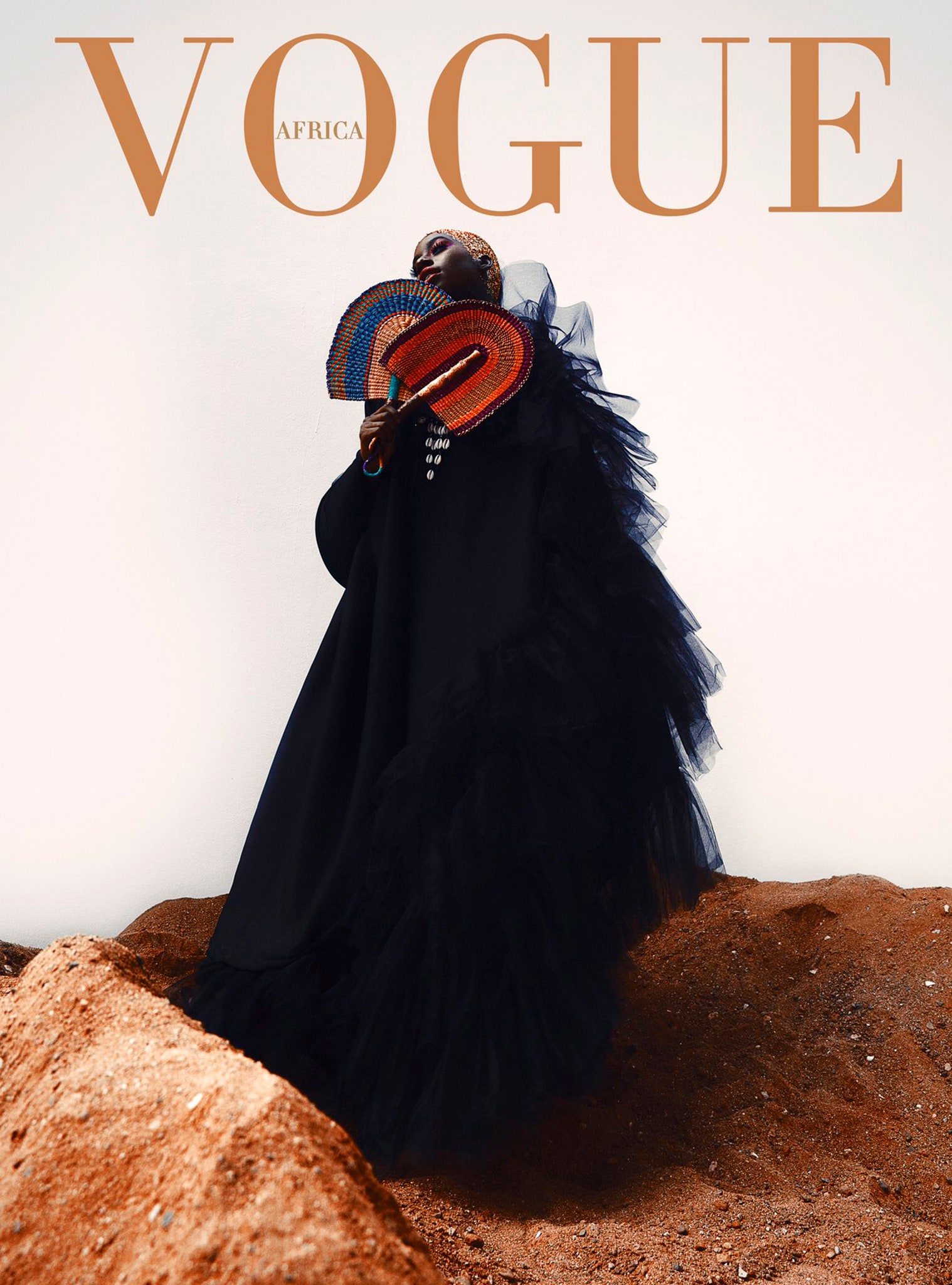 It’s no secret that the photographers behind the majority of magazine covers are white and male. Few women, people of color, and nonbinary individuals have ever been granted those opportunities. It was only two years ago that Tyler Mitchell became the first African-American photographer to shoot a cover story for Vogue with the September 2018 issue starring Beyoncé, and there are still many firsts that still have yet to come. Likewise, the people depicted in fashion imagery tend to also reflect a narrow subset of the population. As the industry works towards changing for the better, a crowdsourced overview of new talent is cause for celebration. A scroll through the submissions proves that there is no shortage of willing and capable people, and artists must be fostered, supported, and granted the chance to enter the highest levels. 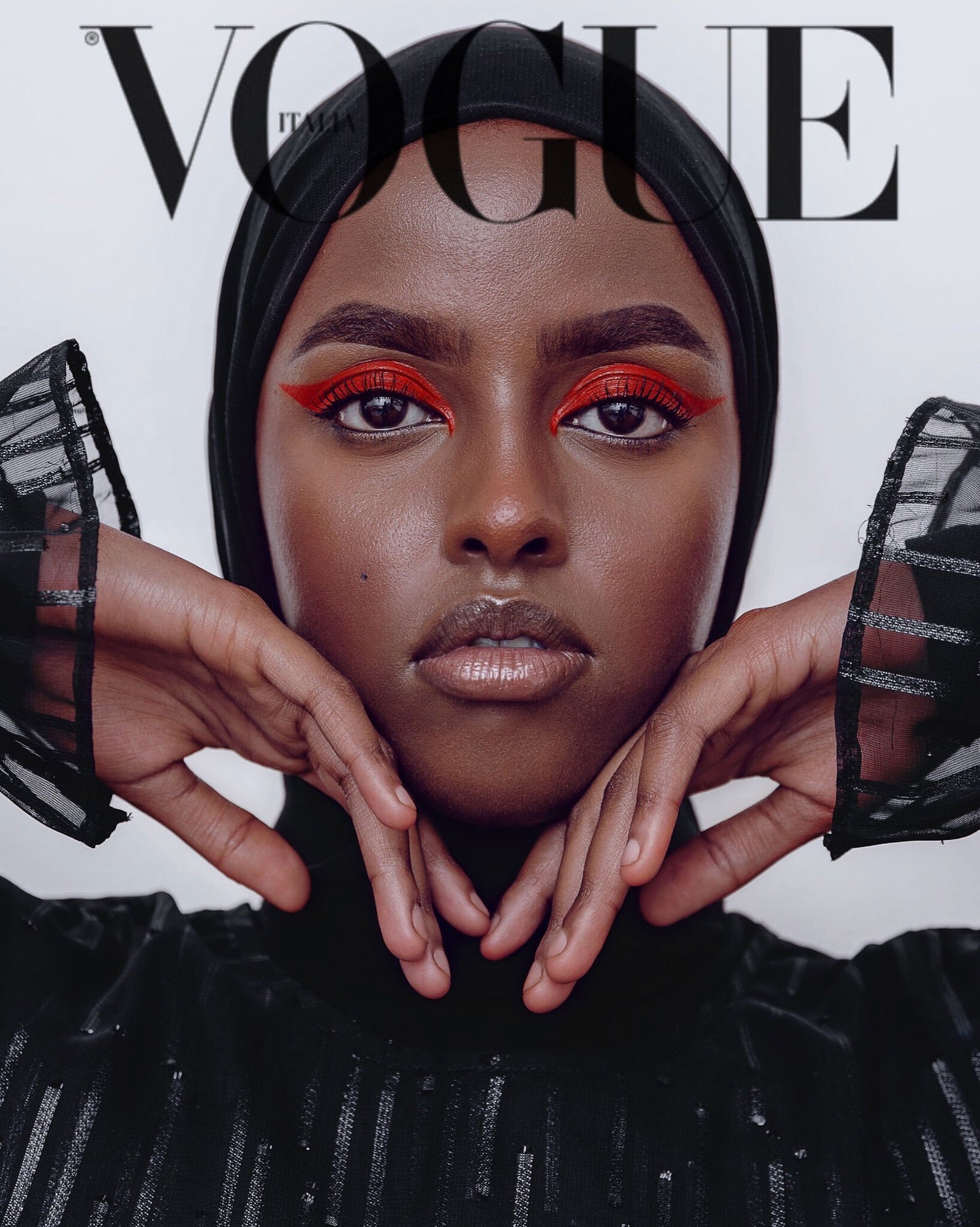 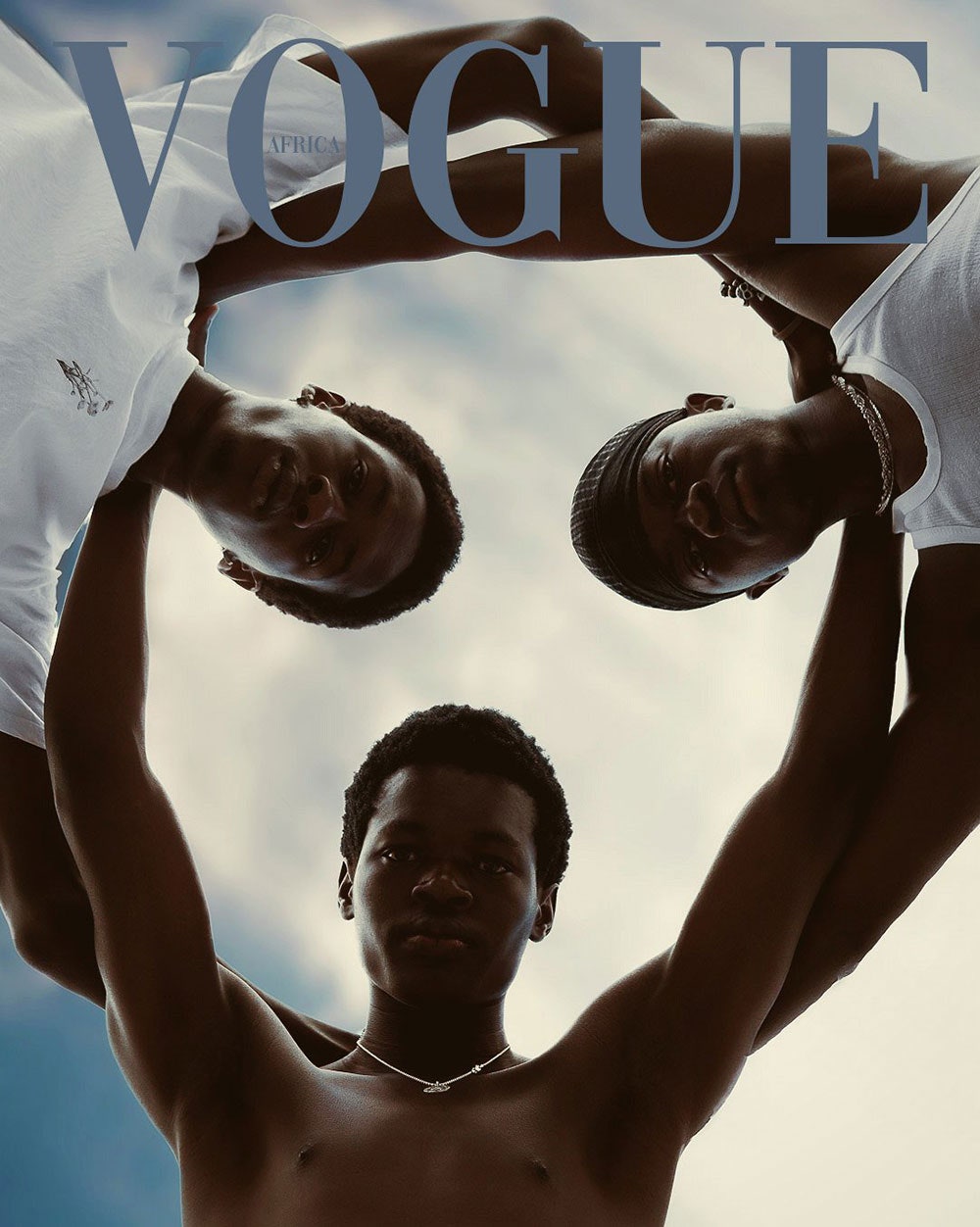 It’s fitting the challenge began with a tribute to the Black Lives Matter movement. Oslo-based student Salma Noor first posted a black and white shot of herself by photographer, Angeliqué Culvin, with the Vogue logo and a headline reading, “being Black is not a crime” as a kind of protest. “I am a Black, young Muslim woman who wanted to create something new while speaking on something that is very important,” shared Noor. “I chose Vogue because it’s the standard one strives to reach, and it is one of my favorite magazines.” Though she never imagined that the idea would become a worldwide trending topic, Noor is pleased to see a diverse set of creatives in the spotlight. “I was happy to see so many beautiful faces and talented photographers like Angelique that don’t get enough credit for their hard work,” she told Vogue. “I would [also] like to see more models of different ethnicities and skin colors, [exposure for] those without a big platform.” 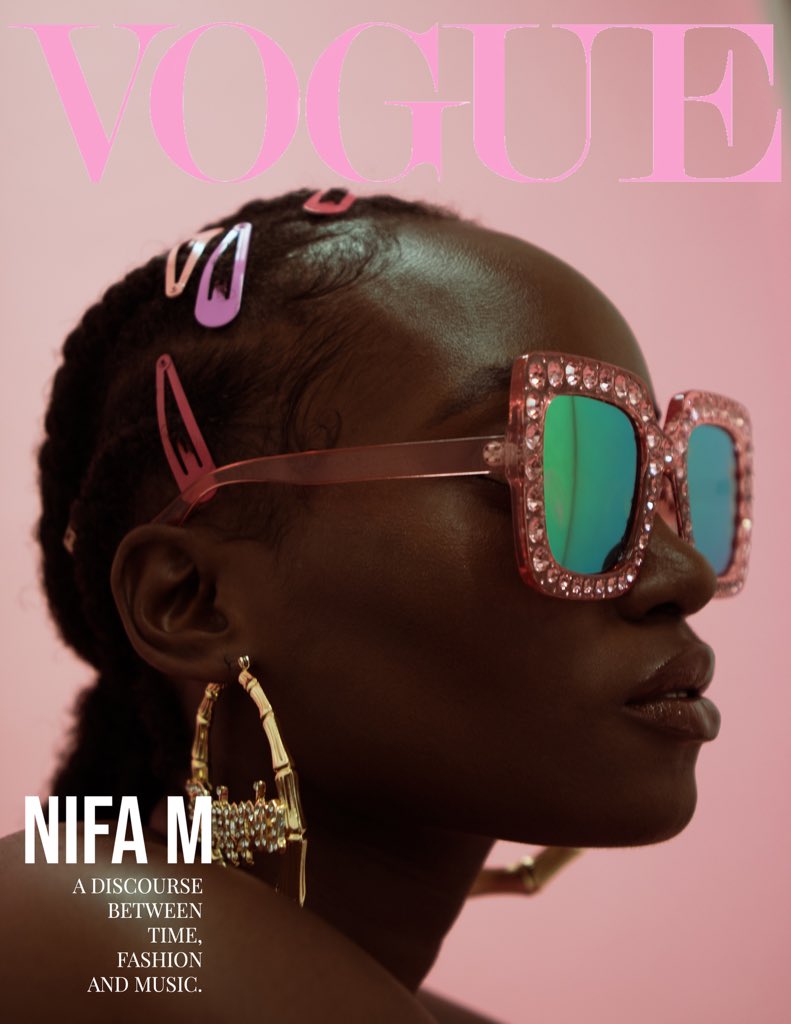 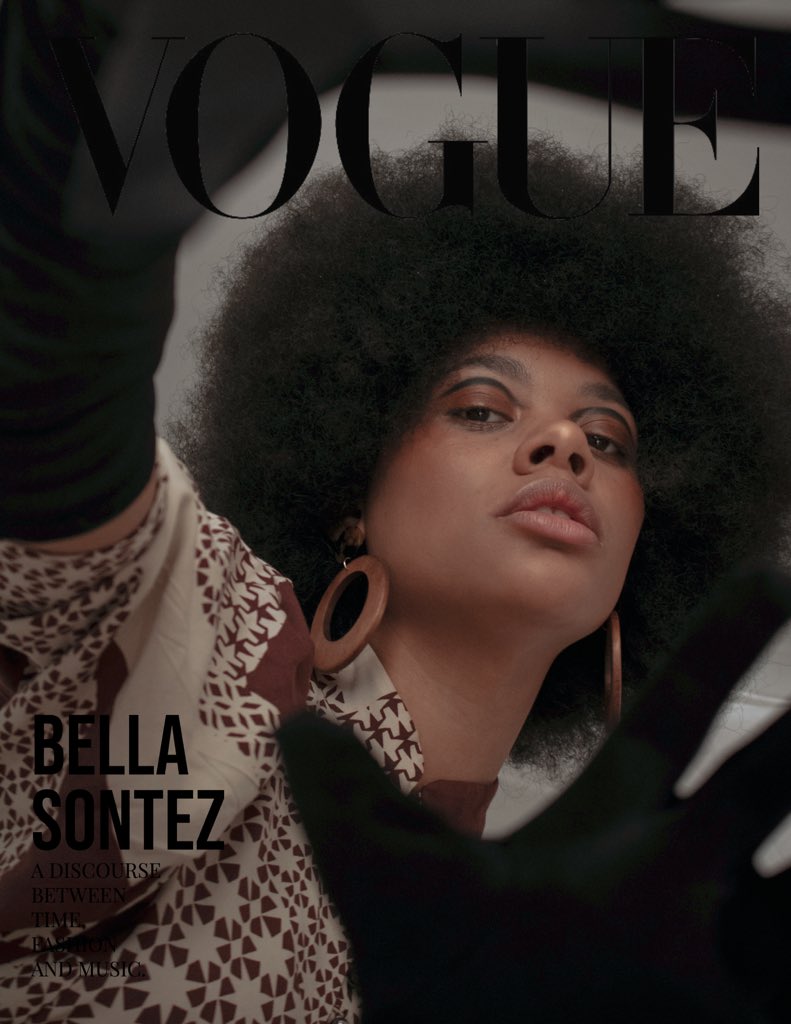 The photographers who took part in the challenge echoed Noor’s sentiment. Hundreds of professionals participated as a means of showcasing their images, and though the execution differs, many saw the hashtag as an opportunity. Kenyan-born creator, Cedric Nzaka, utilized the thread to subvert gatekeeping. Already working with clients like Adidas, Netflix, and Fiat, Nzaka would like to see more pathways for advancement and advocates for creators of color. “The value of having people in the industry to support and suggest you in boardrooms is a privilege that Black photographers don’t have,” he says. “We as Black photographers have to be 50 times better to get noticed in the first place and even when we do get noticed and reach those boardroom meetings, we’re frequently the only Black voice in the room, which can make it difficult to be heard and understood.” Such barriers don’t exist online where the democratic nature of the internet allows for greater connection. His "Everydaypeoplestories" project captures the beauty of Johannesburg’s citizens with grace, catching the eye of thousands on Instagram. “Photography has always been my way to speak to strangers and feel less isolated in the world,” says Nzaka.“I decided to participate in the challenge because it showcases my ability to produce at any international standard, despite the current limitations for Black creatives, even well-established ones like myself.” 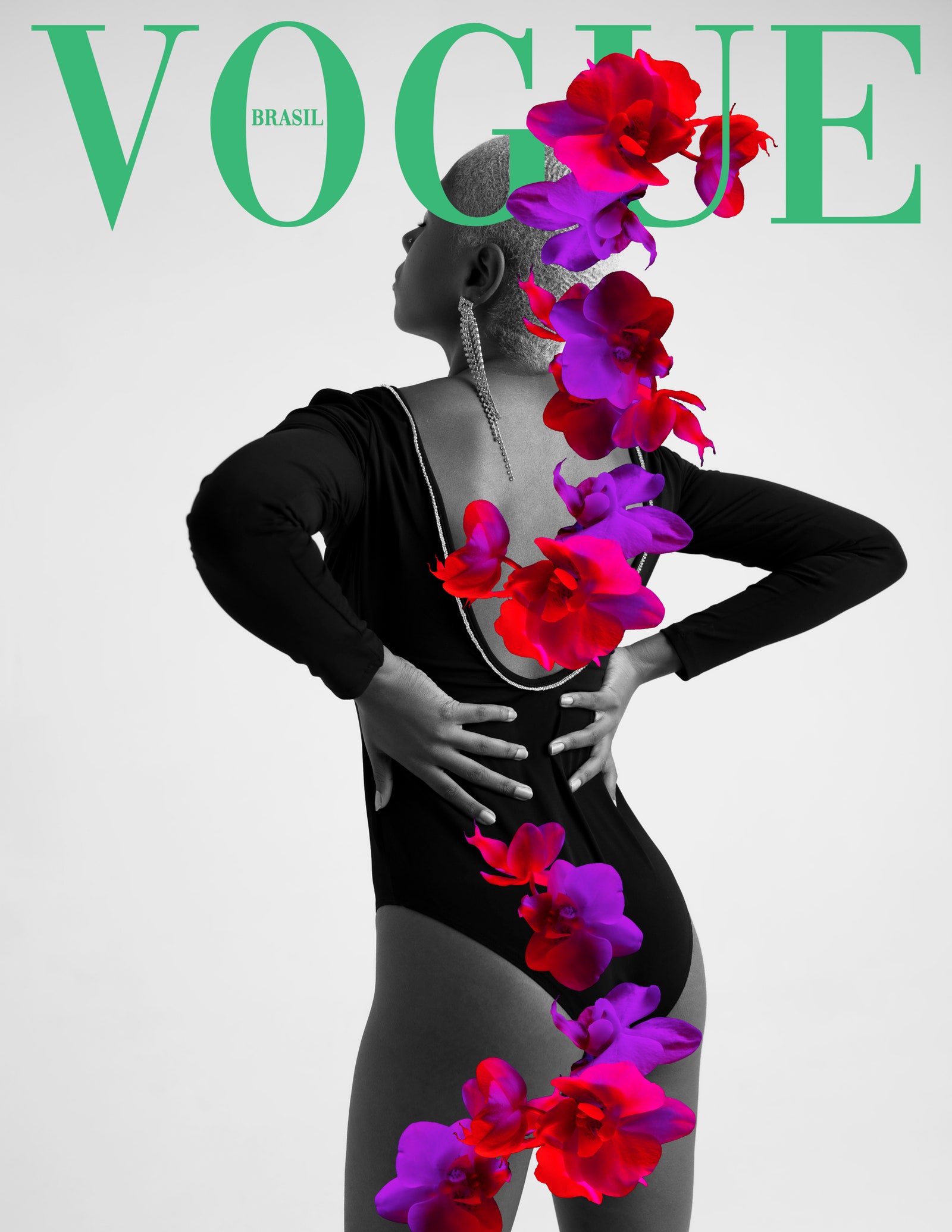 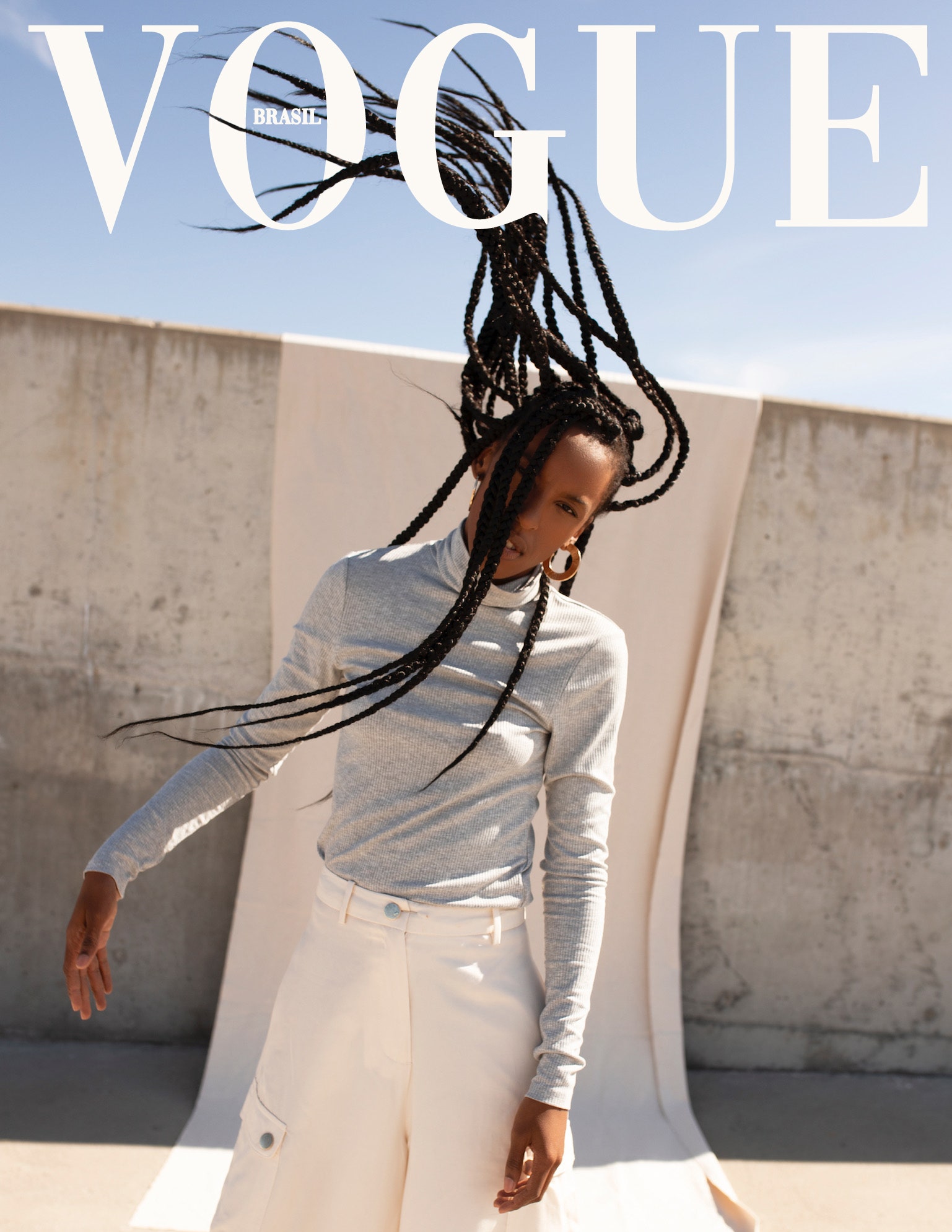 There is a proactiveness to the challenge: rather than wait for fashion to take notice, the entrants took matters into their own hands. “There’s a quote by Ralph Waldo Emerson about manifestation that I adore. It says ‘once you make a decision the universe conspires to make it happen’” said Laré A, a London-based photographer whose portraiture merges the ethereal with the soulful. “I guess you could say [this] was a way for me to put it out to the universe and that some day it won’t just be a challenge.”

The importance of featuring models of color served as the impetus for many. As recent developments like Joan Small's statement to the fashion community illustrate, models of color still face many hurdles. “I feel that there’s so much room to grow in the world of fashion,” says Brazilian photographer, Beatriz Valim, whose work focuses on BIPOC beauty. Her stylized portraits detailed with illustrations feature casts that are truly global, something she hopes eventually becomes the norm. “I wish I could see more people of color and talent in front of and behind the covers,” she says. The need for subjects beyond runway stars was also made clear. “I would love to see more Black women,” says Laré. “Not just Black celebrities but normal black women I can relate to. One’s we can all relate to through fashion.” 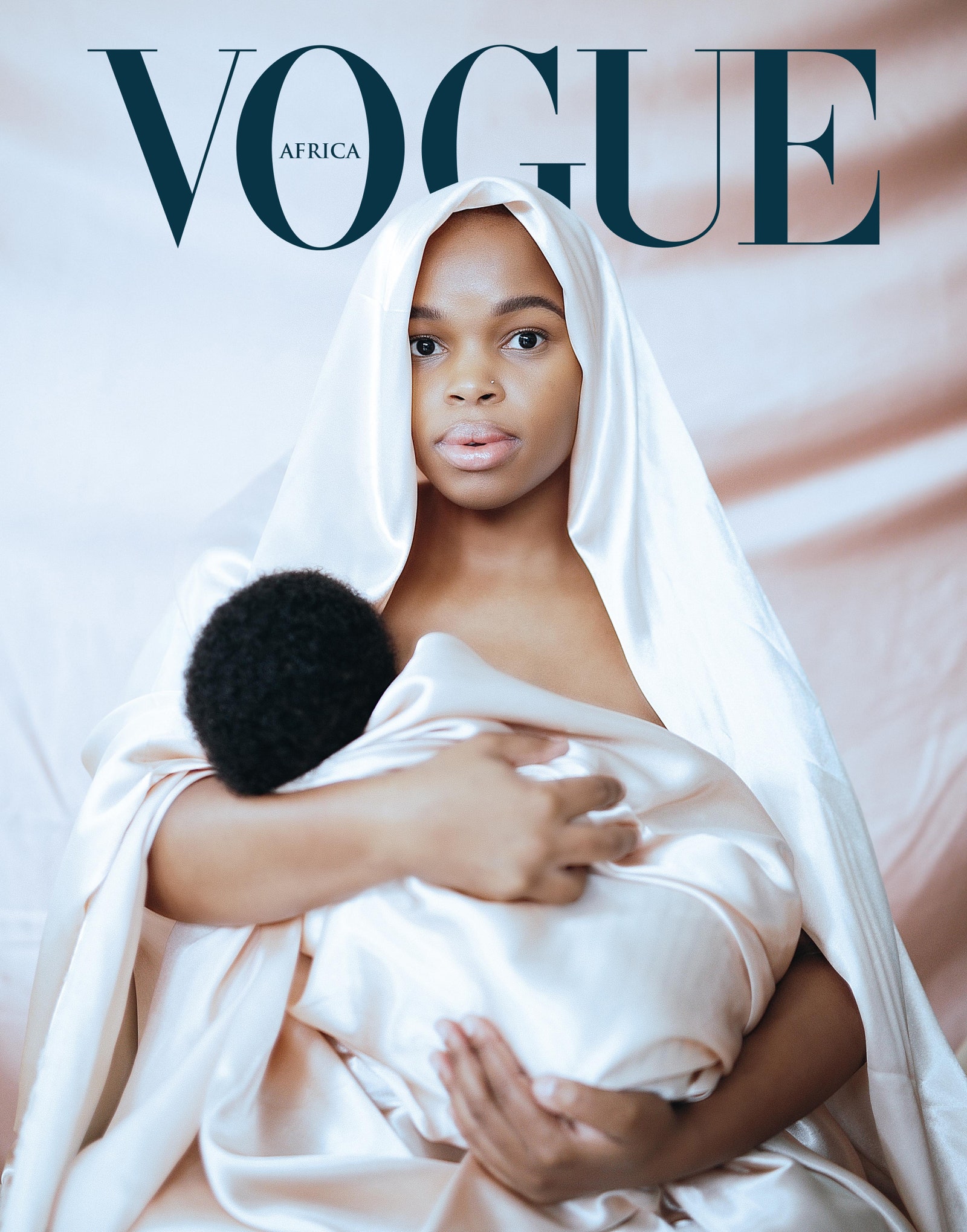 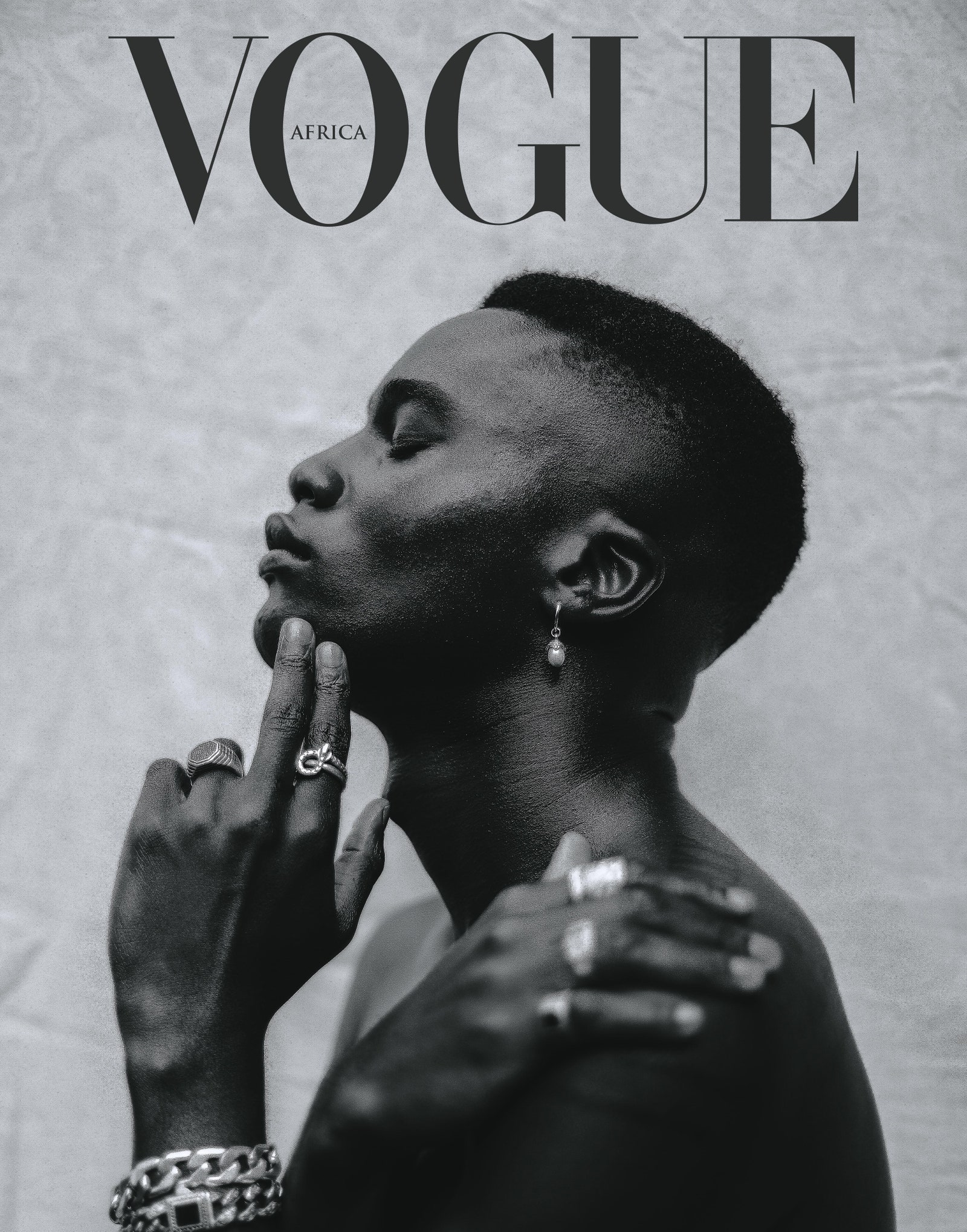 Beautiful images are posted online every day, but the symbolism of the Vogue logo adds another layer. While the scope of the challenge extends far beyond any entity, invoking one of the most recognizable names in fashion sends a message. “A Vogue cover would make me feel like anything you could ever imagine would become a reality if you work hard and believe in yourself,” says Valim. More than a singular achievement, it also can stand for the kind of perpetuity all artists seek. “A cover image is a publication making a statement of values and seeing your image there is a form of immortalizing your work for life, no one can ever take that away,” says Brian Siambi, a Kenyan photographer who transformed one of his existing series the Dark Matter project into striking front-page images. “People often forget [the] images inside a magazine, or on social media but never a cover. It is the one platform where your image is standing alone to be celebrated….I felt inspired seeing fellow African creatives sharing their amazing work. It’s beautiful seeing the level of work being produced despite the challenges in our African continent.” 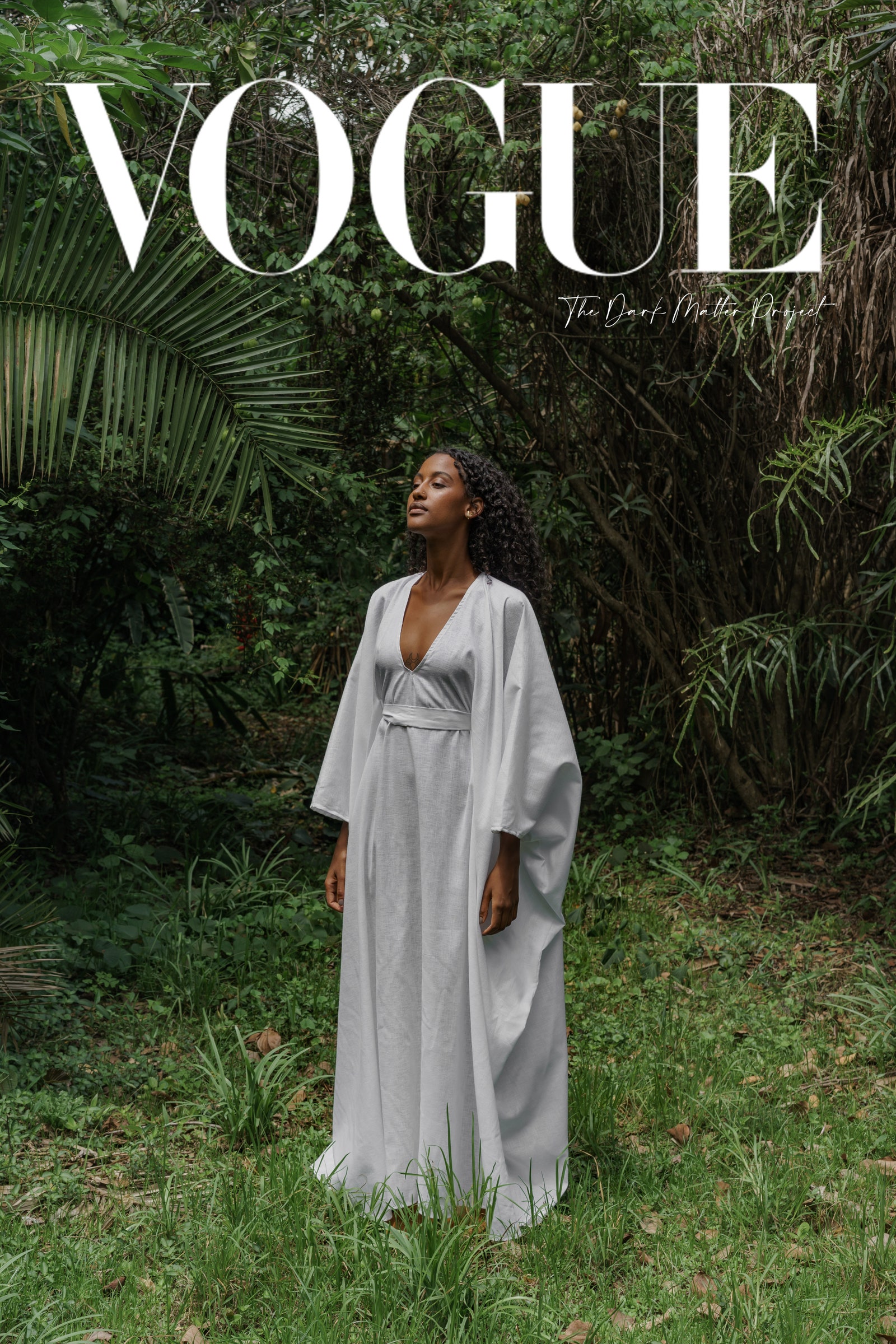 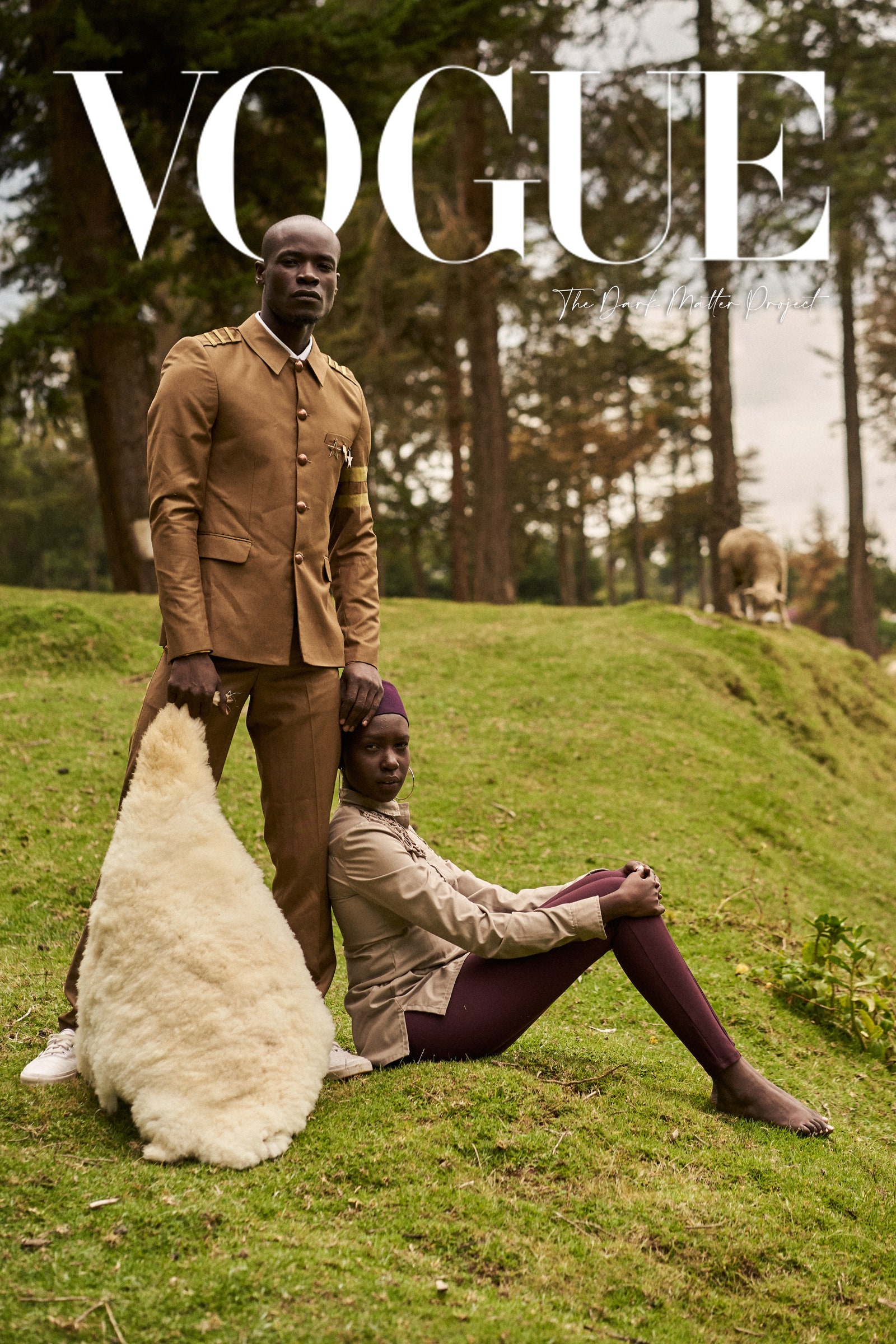 The four cover challenge participants that we spoke with stressed the importance of systemic change. Instead of viewing the art created as a viral blip, they suggest it serve as the impetus for a more inclusive and welcoming system of talent discovery, one that allows for more than a select few to succeed. “We need new faces on covers and to recognize up and coming photographers,” says Noor. For Siambi the best way to address fashion’s diversity problem is to change hiring practices and let a wider range of creators tell their stories. “Authentic storytelling and giving more opportunities for Black photographers to be published,” he says. “[It’s] capturing their culture and creating a level playing field. Inclusion shouldn’t feel like that one Black character on a TV show. It should be understood that each of us is talented in our own way and equally able to create world-class content.” 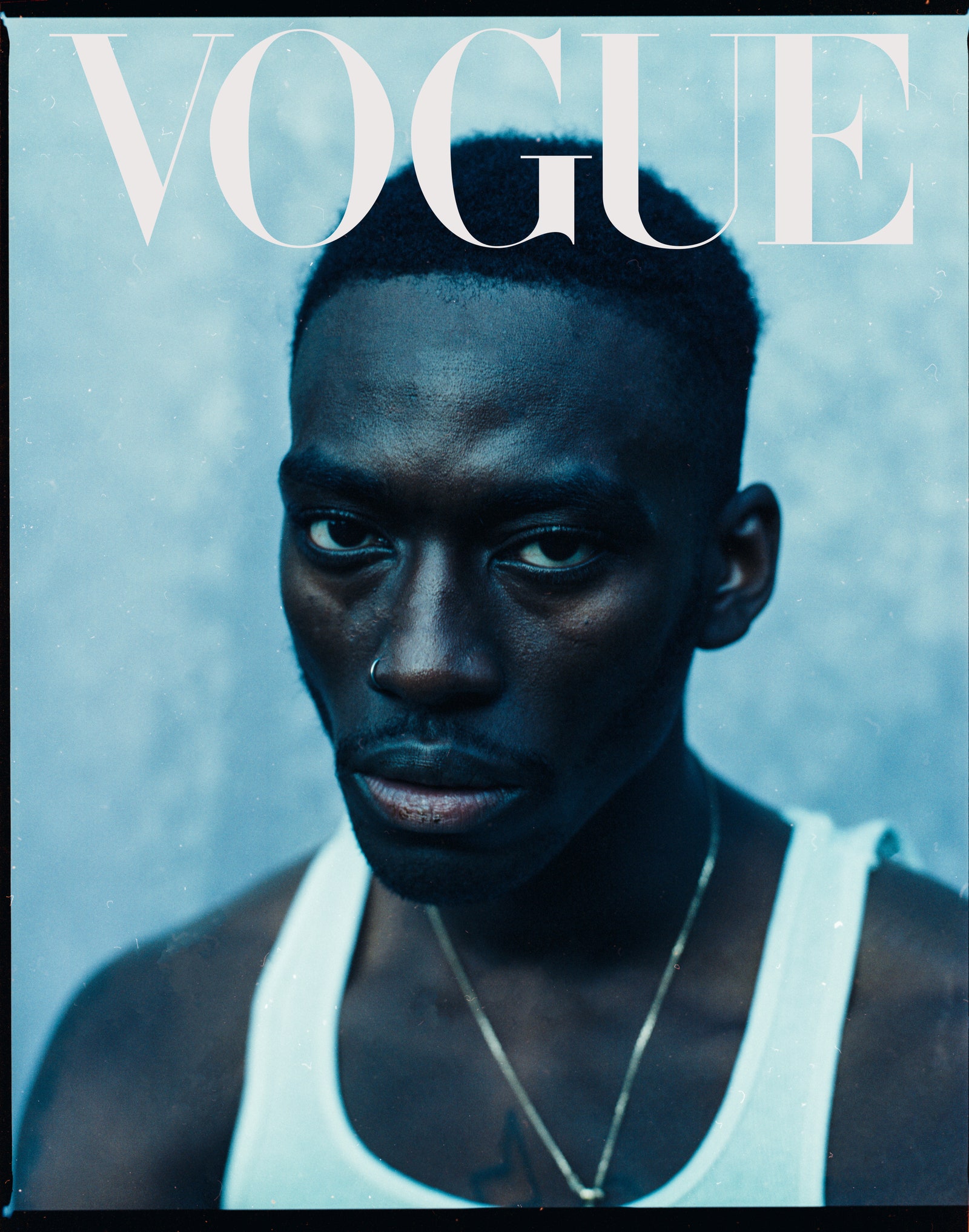 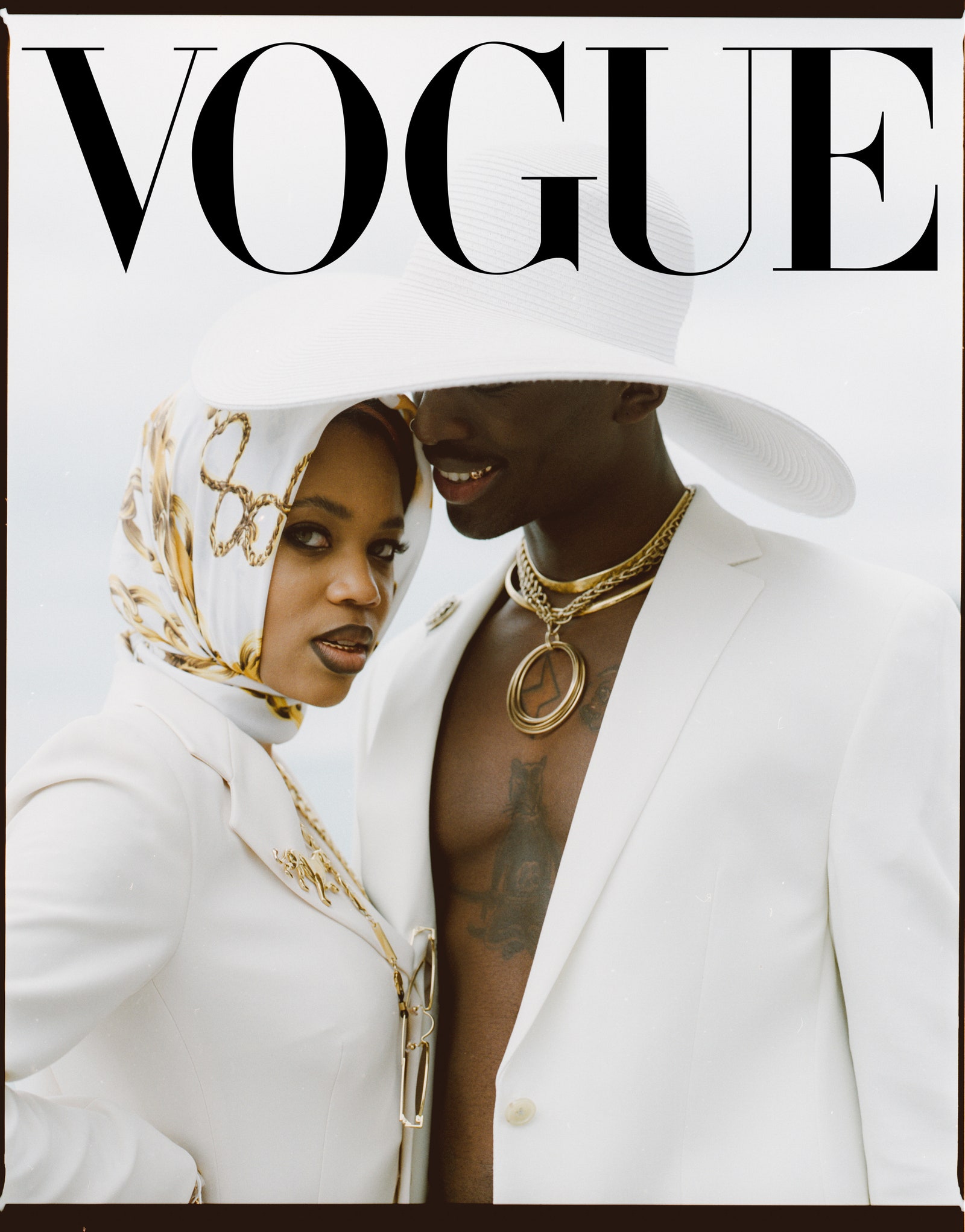 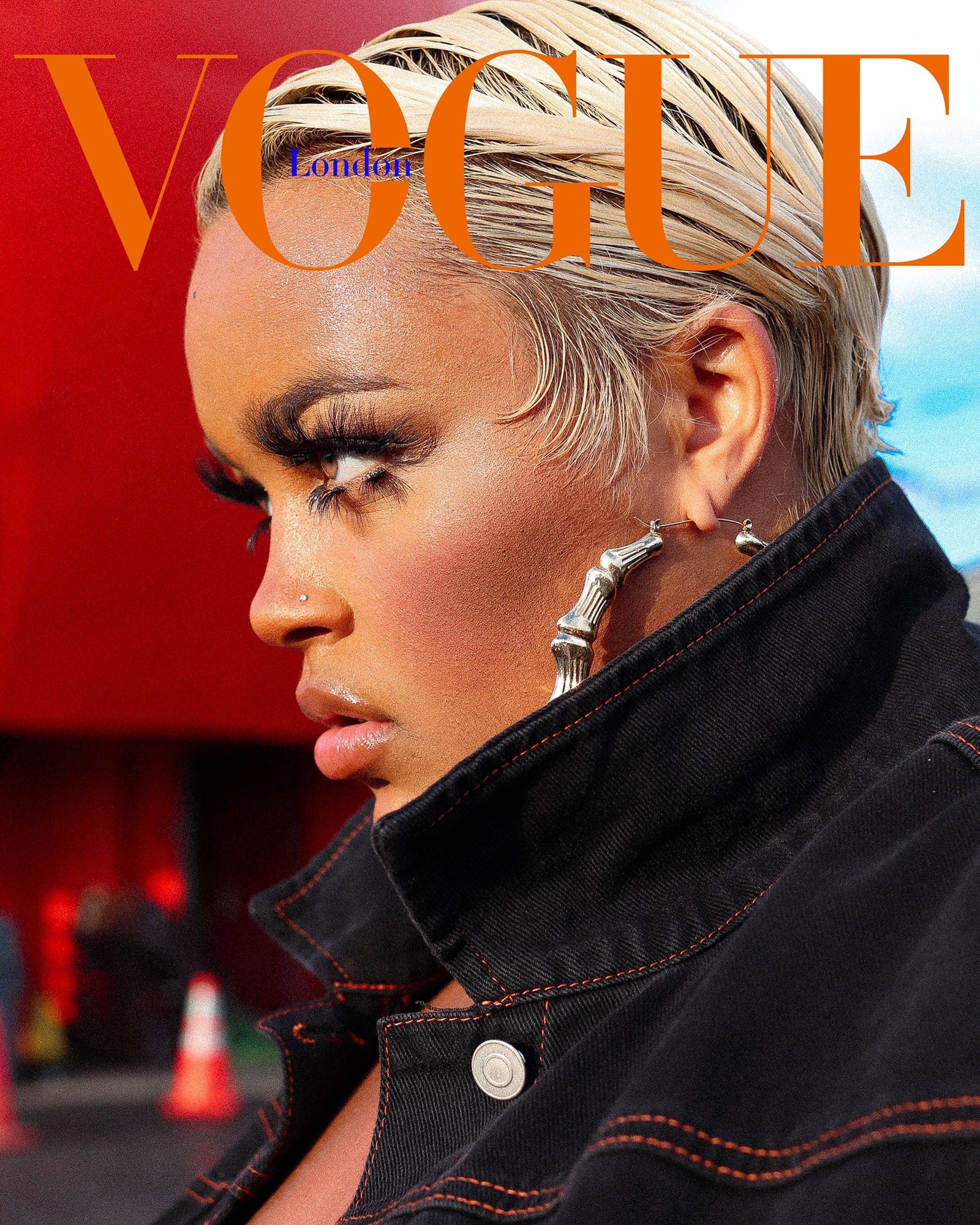 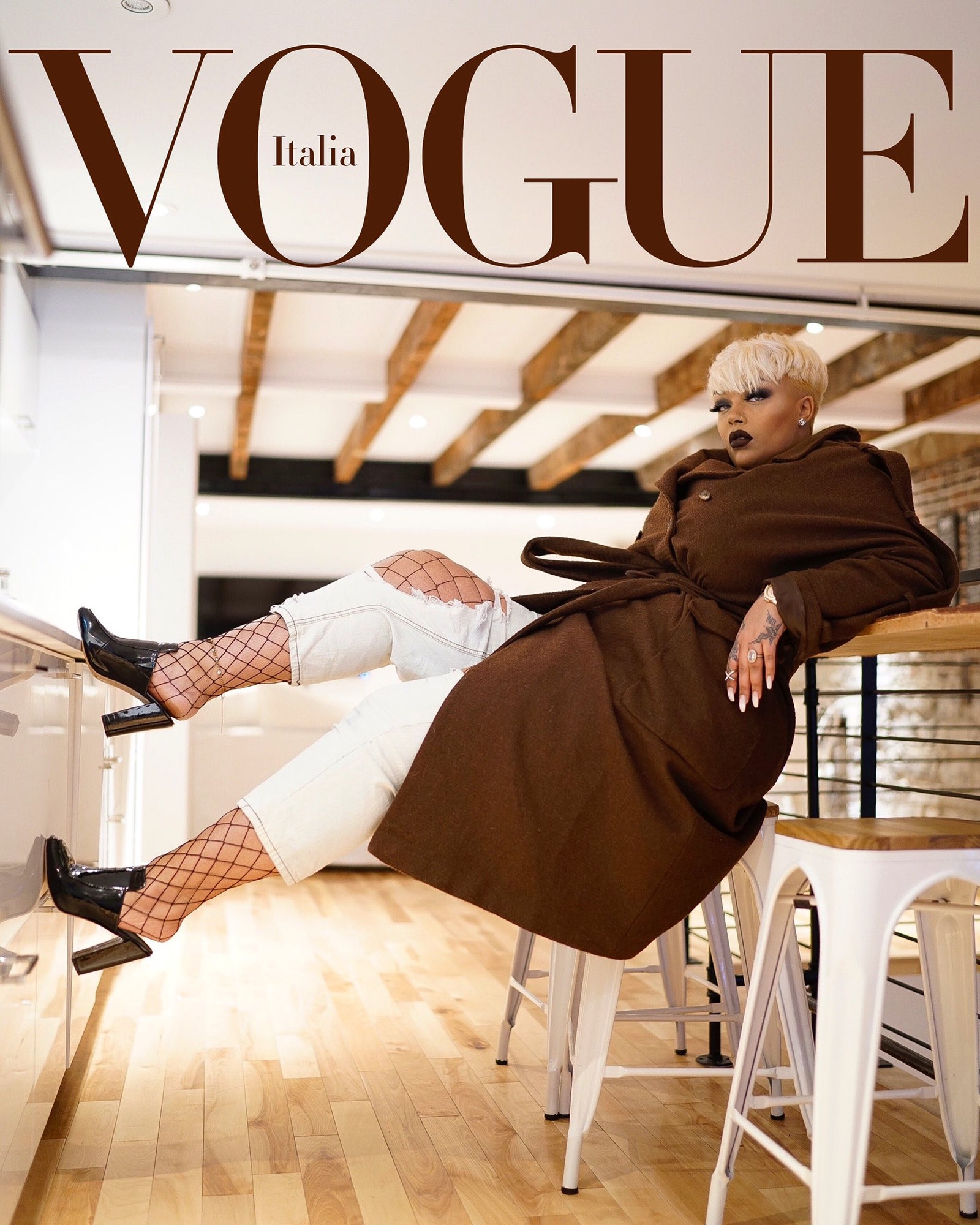 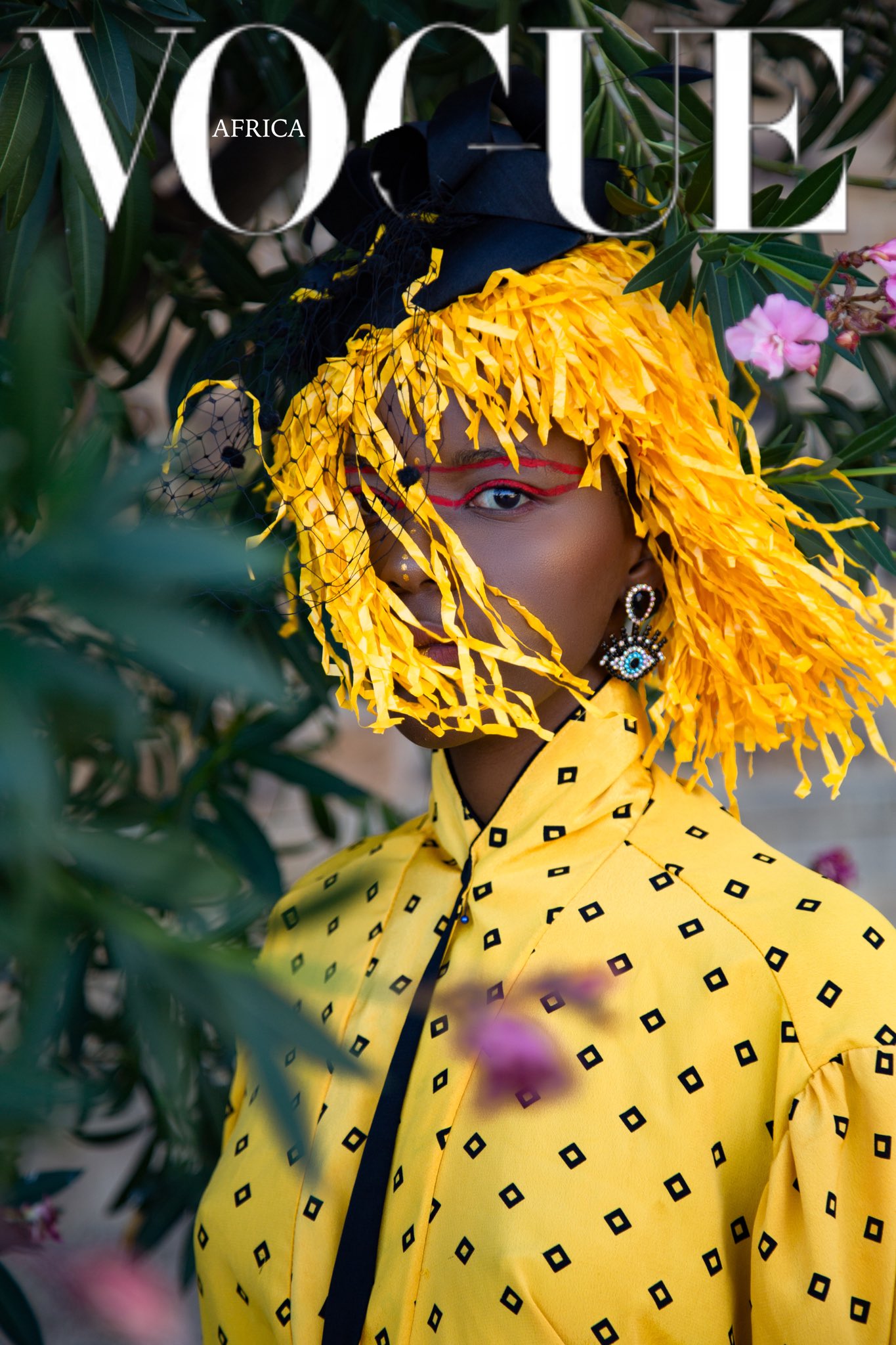 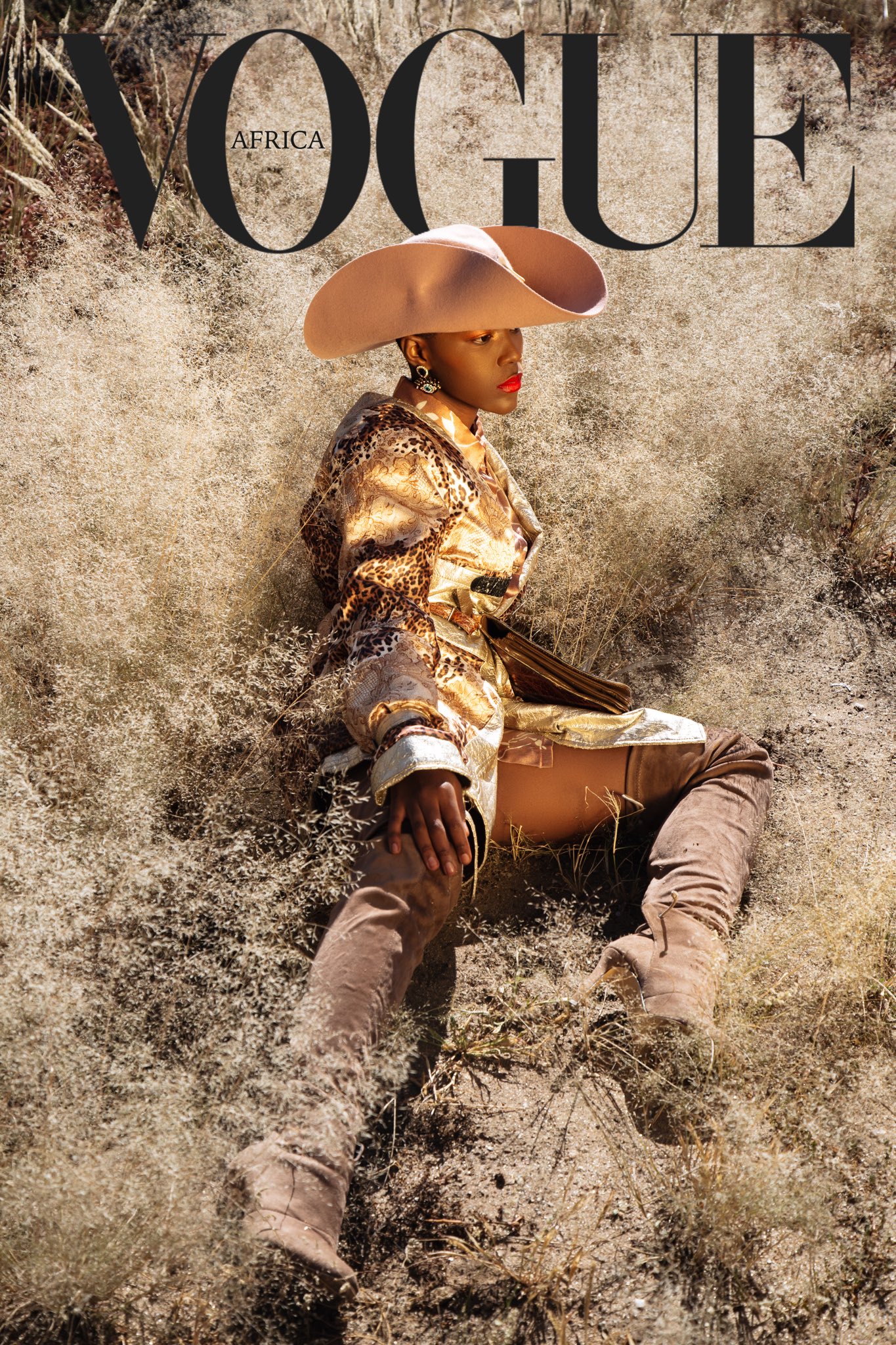 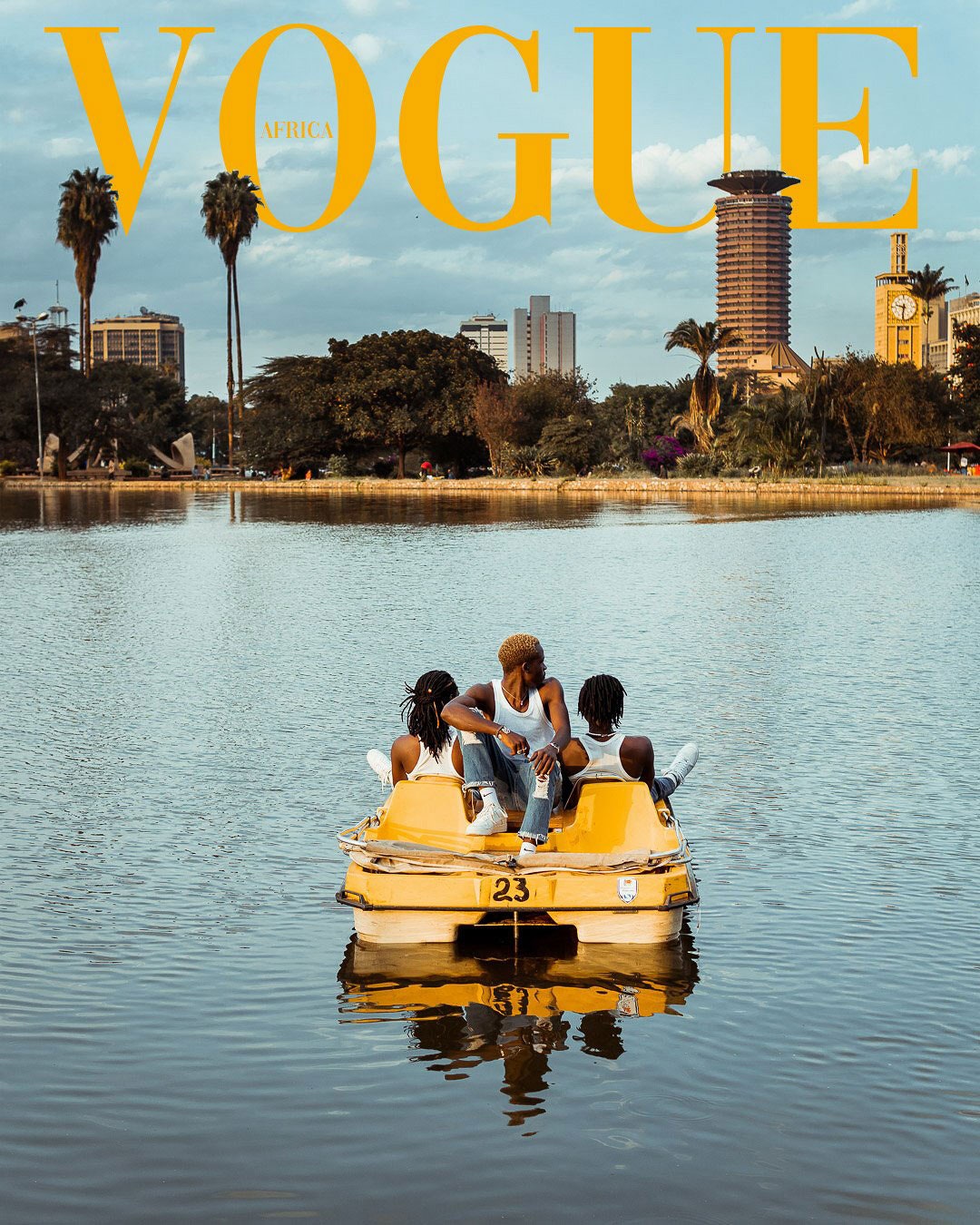 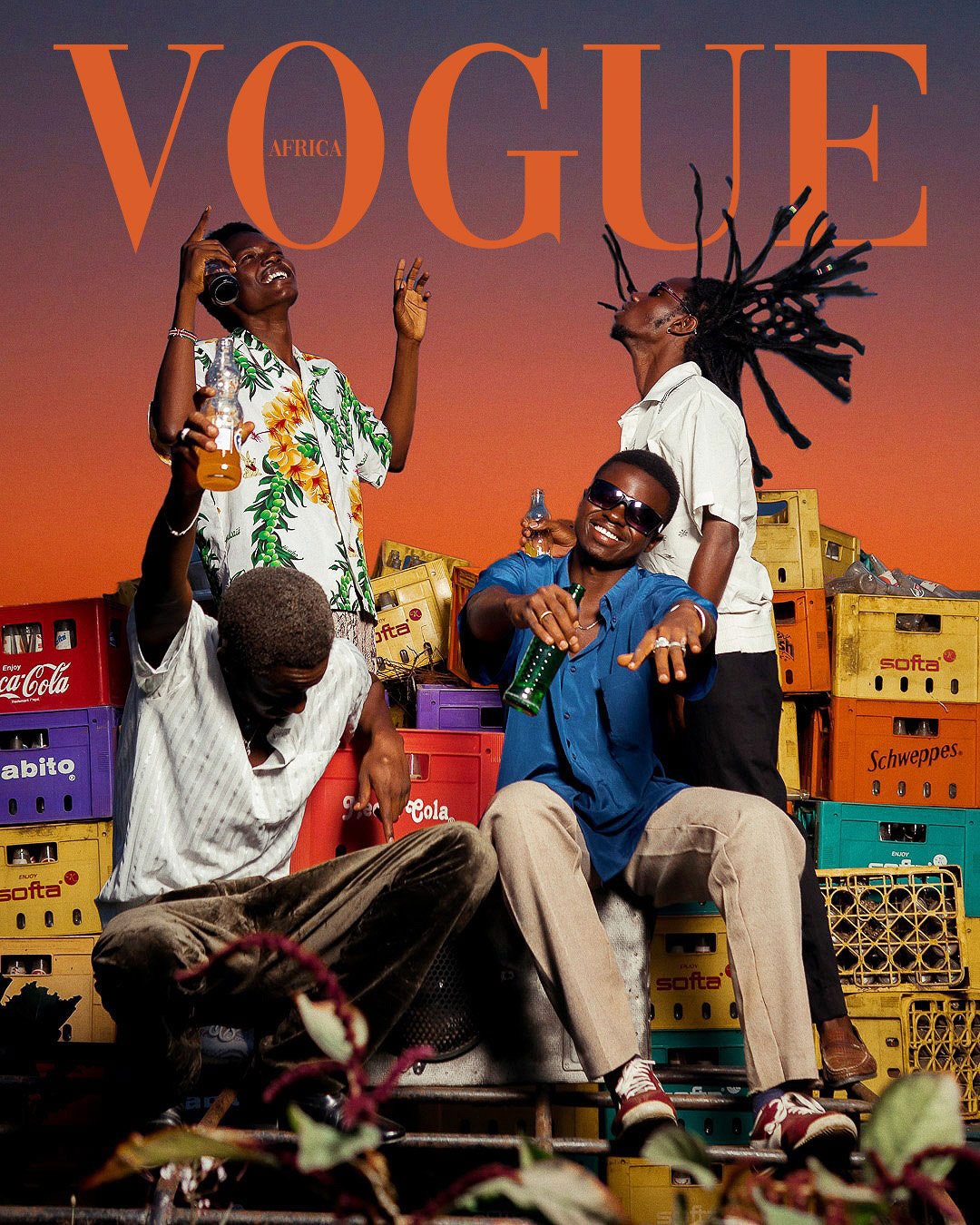